By now the boys were becoming more accustomed to lengthy car journeys, which was just as well given that Day 29 involved a 530 km journey to Montreal that we hoped to manage with minimal breaks just for fuel.  We loaded up a series of films for the backseat passengers, plenty of snacks and drinks and spent a lot of time playing spot the moose.  It helped that we passed through some spectacular landscapes but despite our best efforts, the moose were staying out of sight. 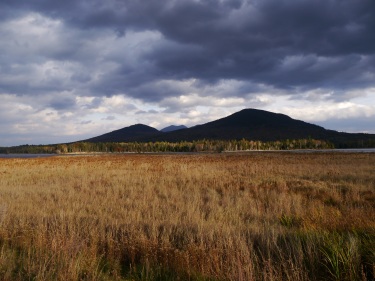 The border crossing was entirely uneventful, with no queue as we pulled up to the barrier, a five minute chat with the border staff and a quick wave through. Easy – that’s the way to do it.

Seven hours after setting out we reached our apartment on Avenue du Mont Royal and almost immediately we collapsed into some of the most comfortable beds we have ever slept in. If ever you are looking for self catering accommodation in Montreal I would wholeheartedly recommend Likeahotel.com.

We spent the following day exploring Montreal on foot, our route taking us past the base of Mont Royal, through McGill University campus and into the Downtown area before passing Square Dorchester with it’s comical dancing squirrels on the way to the Cathedrale Marie-Reine-du-Monde. The street murals reminded us of those we saw in Philadelphia and the baffling traffic lights made us glad we’d left the car behind. 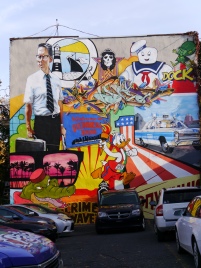 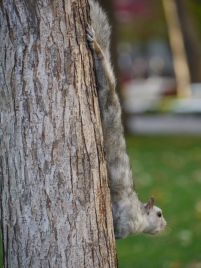 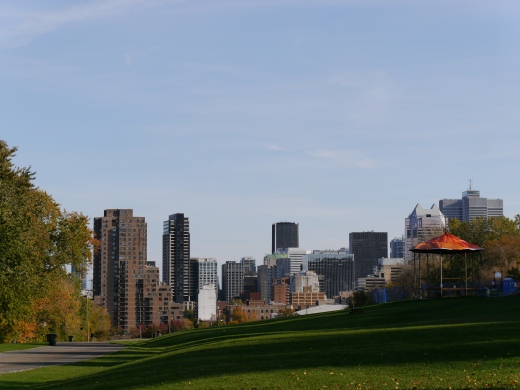 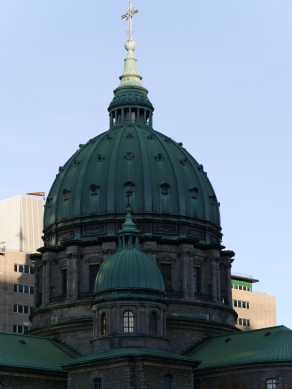 Both Nick and I studied French at school but neither of us can really remember very much.  When we first moved to Japan 12 years ago I recall trying to learn Japanese and half of my words coming out in French as if the foreign language part of my brain couldn’t distinguish between more than one additional language.  So it was no surprise that in Quebec when trying to recall sufficient French to order lunch, half the words were now in Japanese.    The stroke of genius came as we made our way back in the evening and happened upon a sushi restaurant. If ever there was a chance of someone making sense of the incoherent soup of French, Japanese and English vocabulary swimming around unchecked in my brain, they were surely to be found in a sushi restaurant in Montreal.

We ate well that night!

Day 31 saw us back on the road, this time facing a 10 hour journey straight to Hamilton.  I’m embarrassed to say that, up until this point, Nick had done all of the driving. In my defence, he actually enjoys driving and is generally happy to do it but the time had come for me to take my turn, so somewhere on the 401 I took over for a few hours and Nick managed a nap.

It wasn’t an enjoyable experience in any sense; one of the real low points was the ignominy of being overtaken by an articulated horse box! 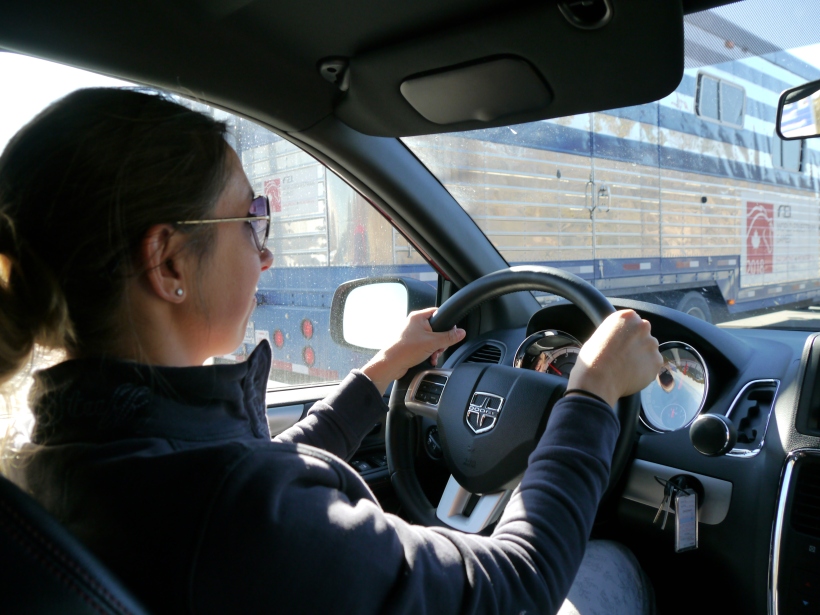 There are some very large vehicles on the roads in North America.  We do not have 100+ ft road trains using the British roads so it was a bit daunting trying to pass them but after the horse box incident I made the effort.

Typically we hit the rush hour traffic on our way past Toronto which added at least another hour to an already exhausting journey but eventually we arrived at our Airbnb in Hamilton ready to collapse.

It was such a relief to open the key safe and let ourselves in to a warm and comfortable home that we could relax in without having to pack up again for another week and a half.

Not long after our arrival there was a knock at the door; the owner’s husband was just passing and saw the lights on. He seemed surprised to see us.

“We were expecting you tomorrow?” he said.  How strange.

With the hectic pace of the last month, constantly moving around and the crazy mileage covered over the previous few days it took a while for us to realise that it was Thursday, not in fact Friday. Slowly the realisation dawned on us that we had arrived a day early.