Back in March when we were doing our initial route planning I happened to be chatting to a friend who had recently moved across the pond and had the opportunity to visit coastal Maine.  Stories of pretty towns and coastal walks were enough to tempt me to do some research and what I discovered was that Maine offers New England’s only national park, world class lobsters and, as one of the least populous states in the US, acres and acres of space. That’s got to be worth a visit.

We left Braintree midmorning in the hope of reaching Portland in time for lunch. Nick hooked the laptop up to the car’s media centre and the boys watched a Disney film on the way. With hindsight, Finding Nemo was an unfortunate choice as none of them were keen to try the local cuisine once we arrived, opting for a non-seafood based Starbucks lunch instead.  Undeterred, Nick and I joined the queue outside the Portland Lobster Co, a casual lobster shack situated on the water in the downtown area. A little tank of live lobsters sits on the counter, but thankfully there is no need to select your specimen.

There are very few tables inside, and most people choose to sit by the water and enjoy the live music, watching the boats going in and out of the harbour. Even at lunchtime there is a great vibe here and we would have stayed much longer if we hadn’t had a three hour drive still ahead of us.  The lobster rolls were everything we hoped for; sweet, fresh lobster meat served simply with butter and lemon, and sides of coleslaw and chips; absolutely divine.  If you do nothing else in Portland, do this. 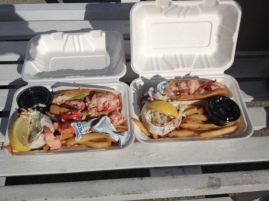 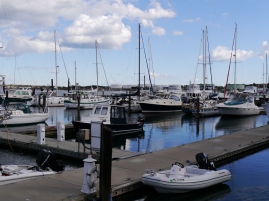 We’d chosen to stay at a gorgeous old farmhouse in Brooksville on the south west of the Blue Hill Peninsula and arrived with enough time for the boys to explore the grounds, climb a few trees and burn off some energy before the sun went down. 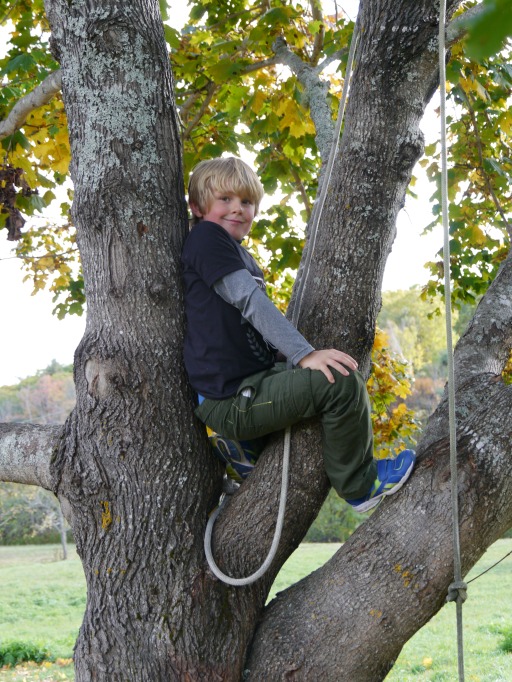 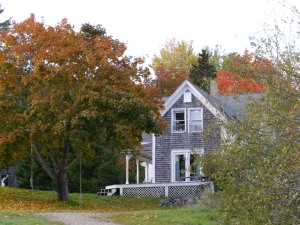 The following day we took a drive over to Little Deer Isle (with a year round population of around 300) and its larger brother, aptly named Deer Isle (with almost 2000 residents).  It was a freezing cold day and we experienced our first snow so decided to stop for hot chocolate from a convenience store on Deer Isle. It was a charming experience as I queued to pay and listened to the locals chatting. One customer enquired about the cashier’s sister and was told that she had recently returned to the island, having married the cousin of another mutual acquaintance; another person in the line seemed thrilled to hear the news, and strangely I found myself feeling glad for them all! It was obviously a small community and the residents seemed genuinely fond of each other and happy to share their good news. No doubt some might find this level of familiarity uncomfortable but from where I was standing, having been through so many hectic US cities where even a smile from a stranger was rare, it was lovely. 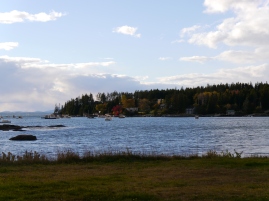 Back at the farmhouse I took on the challenge of the old stove and baked brownies which turned out surprisingly well considering I had no idea how to control the stove temperature. Much to the horror of the kids, there was no broadcast television, just an old N64 linked to a CRT TV which the boys thought were antiques! We entertained ourselves with board games and enjoyed a low technology evening for a change.

Sun and clear skies were forecast for day 28 so we drove out to Bar Harbor in the morning and enjoyed fudge from Ben and Bill’s Chocolate Emporium. As you walk in the smell of vanilla hits you and even if you have just eaten lunch you can’t help but salivate. It smells like I imagine Willy Wonka’s place would and if I worked there, much like the Oompa Loompas, they’d be paying me in chocolate.  We browsed a few of the shops and watched a cruise ship arrive in Frenchman Bay before taking the car into Acadia National Park and up Cadillac Mountain, the highest peak on the US East Coast.

Both moose and bears are to be found in Acadia although we saw neither, managing instead to spot a bald eagle.  As usual, I was a bit slow with the camera and the best we could get was this fuzzy shot

but, take it from me, that’s a bald eagle and, bearing in mind they were on the brink of extinction in the US as recently as the end of the twentieth century, it was pretty exciting!

We drove the 27 mile Park Loop Road, stopping frequently to enjoy the beaches, views of the valley and coastal scenery before heading up Cadillac Mountain.  From the summit you can see for miles out into the Atlantic Ocean and apparently on a clear day you can see as far as Nova Scotia in the east. 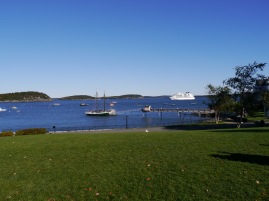 It was a bit breezy up top so we didn’t hang around too long but nevertheless it was well worth the trip and somewhere that I’d love to revisit in the Summer months.

All too quickly our time in Maine was coming to an end and that evening we packed up yet again, beginning to feel a bit like we are on the run, ready for our longest journey yet to Montreal in the morning.