Luckily for us, our host’s husband was an easy going sort of fellow, not phased by the rather idiotic sounding “we don’t seem to know what day it is anymore” line. His wife, the lovely Beata, was equally understanding and after a few frantic emails the whole thing was cleared up, meaning we didn’t have to sleep in the car after all.

Taking it as a sign from the gods that we needed to slow down and take a breath, we took a couple of days doing very little. We got up late, we wandered around the neighbourhood and we ate pizza with some old friends living in the area. All four boys were in desperate need of a haircut so we called into Mario’s place and he kindly worked his magic to turn our street urchins back into semi presentable children again. 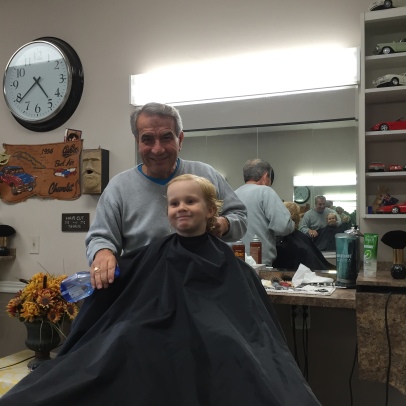 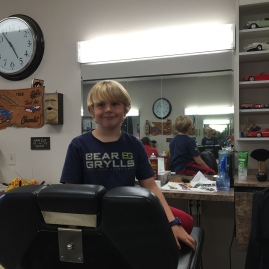 After an hour or so chatting with him about our adventures he refused to take the proper payment, even knowing he would likely never see us again. Mario, as they say, is good people, just like Beata. I could feel some of my ingrained British cynicism melting away; all these fellow humans who had chosen Canada to be their home and who were extending such kindness to a British family on the road. What would the Daily Mail make of that?

With Halloween around the corner, we took the opportunity to visit a pumpkin patch with some friends. This was a first for us; if such things exist in England we’ve never been, so we had no idea what to expect.  Howell’s Farm in Fonthill opens annually in the run up to Halloween transforming into a family playground with a corn maze, a haunted spooky barn and a great variety of rides, shows and games to entertain all ages. The boys particularly loved messing around with the autumn leaves and rolling down the hills, whilst the pumpkin slingshot was a hit with both the adults and kids alike. 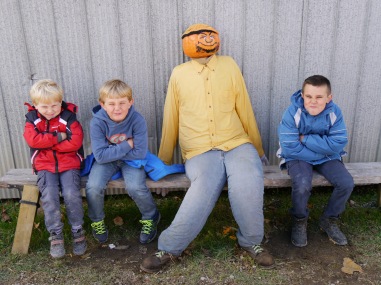 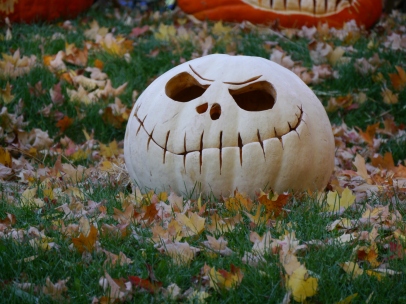 After such a fun and relaxed weekend we were ready to step up the pace again come Monday and top of our list – Niagara Falls.