Not known for its family friendly qualities, Vegas wasn’t on the original shortlist when we planned our route but not wanting to miss the Grand Canyon it seemed like the best place to break the journey.  As it turned out, Las Vegas is a lot of fun for all ages and I’m so glad we went. The Desert Rose hotel is a great choice for those travelling with children; without an onsite casino there is no risk that the kids will accidentally wander off limits and even in December the weather is hot enough to use the outdoor pool. In fact the period between Thanksgiving and Christmas is low season so we got a bargain room upgrade and had the pool to ourselves.

We enjoyed taking in the iconic landmarks and booked tickets for the Blue Man Group. I have to admit that I’d never heard of them and was expecting the Smurfs but what we got was an outstanding mixture of live music, illusions, wacky science, paint-balling and toilet paper ticker tape! It was right up the kids’ street and we left on a high. 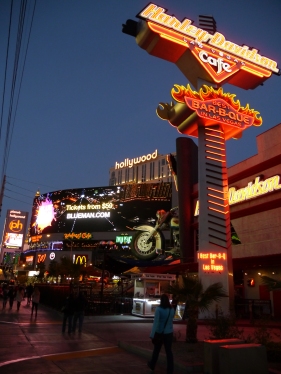 The following morning we drove out to the Hoover Dam. We hoped this would be an opportunity for the boys to appreciate a true feat of engineering but having read Teddy’s journal I don’t think it was the dam that made the biggest impression:

“The best thing about the Hoover Dam is that John and I were able to stand in different states (Nevada and Arizona) and in different time zones but I could still punch him even though he was one hour ahead of me”.

Onward to the Grand Canyon. Perhaps the boys would appreciate the work of mother nature if not that of human engineers. We visited the South Rim and the boys enrolled in the Junior Ranger Program which proved to be an excellent way to help them engage with their surroundings.  They chose a geology talk by one of the park rangers to learn about the formation of the canyon, designed a new park logo, wrote a poem inspired by the view and searched for animals living in area – all in exchange for a Junior Ranger badge. The great thing about the program is that the tasks are divided into different categories for different age groups so that children as young as Alex can engage in the program, whilst those as old as John aren’t bored by activities they’d consider too easy.  I learned a great deal too – definitely more than if I’d visited without kids and had simply stood and admired the view, amazing though it is.

We stayed for 2 nights at one of the lodges so that we could see the sunset and sunrise over the canyon but, when it came to it, only Nick managed to drag himself out of bed for sunrise whilst the rest of us enjoyed it a couple of hours later via his photographs! 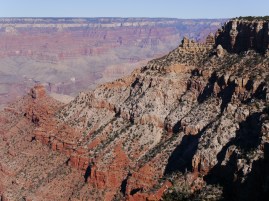 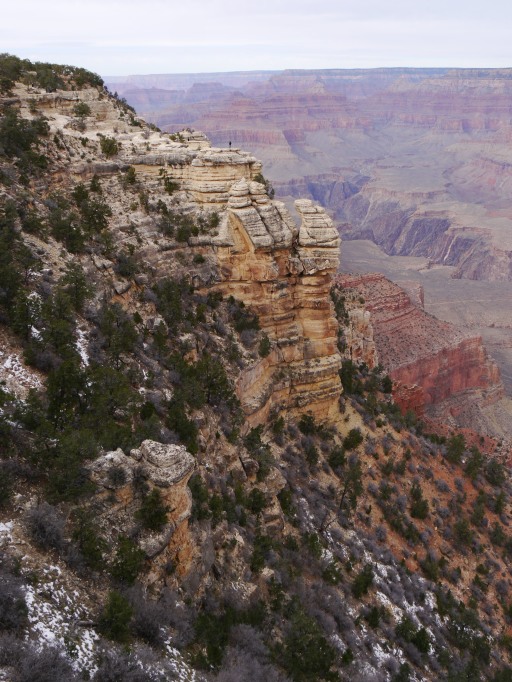 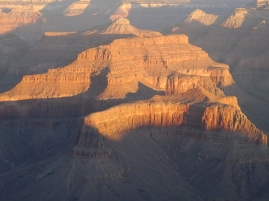 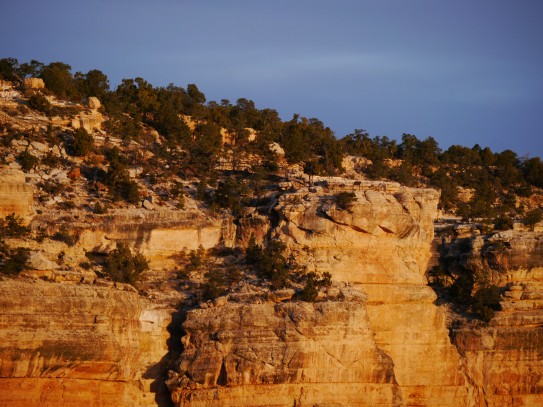 The drive back to Las Vegas took us along historic Route 66 and we stopped for lunch in Williams – a real life Radiator Springs, where we swapped stories of our mutual travels with the staff of Jessica’s Family Restaurant. It’s one of those nostalgic places where you feel that time has stood still in a good way.

Back in Vegas we took the boys to the Shark Reef Aquarium at Mandalay Bay which involves a walk through some of the casino floors.  Children are allowed to pass through the casinos to get to other parts of the hotel but should not stop or go anywhere near the gaming tables or machines. I think it was a bit of a thrill for the older two, knowing they shouldn’t really be there as they peeked at all the games on their way past!

Being Nick’s third visit to Sin City, he decided it was time he put a couple of quarters into the slot machines. I’d love to say he won the jackpot but sadly no – not so much as a nudge. Danny Ocean he is not!