Having survived our epic drive via Crater Lake down to Fortuna we were keen to get back on the road and make our way to the Redwoods. We had a couple of options here – inland on the more direct US – 101 south, or via the scenic route otherwise known as the Lost Coast. Undeveloped because of the costly nature of trying to build roads through the steep, mountainous landscape, this is California’s most remote area of coastline and it is spectacular. When you add to that the fact that the Mattole Road section makes it on to a number of “most dangerous roads” lists, there was no question that our resident petrol head wanted to make the detour. 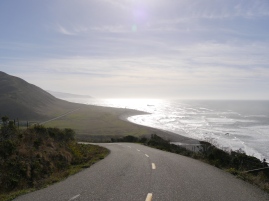 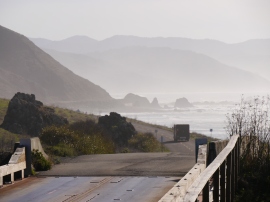 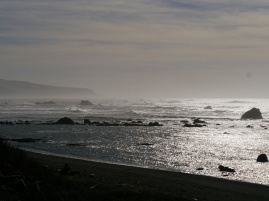 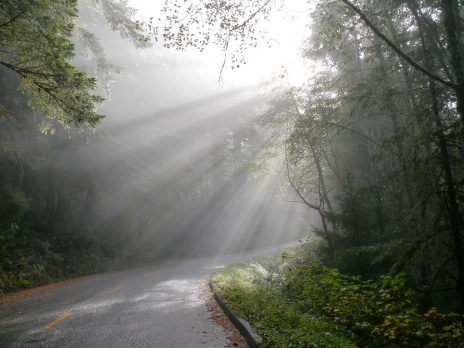 Before this trip I wouldn’t have described myself as a tree person particularly but having enjoyed the fall foliage in New England I was keen to see what all the fuss is about with the giant Redwoods. Many of these trees are over 1000 years old, and in terms of scale they are so big that you can drive a car through some of them. The road is special in that even if the car is not going through a tree trunk, the road squeezes and winds between trees spaced barely a bus width apart.

Having seen Return of the Jedi, the boys loved walking through the Forests of Endor and watching for a passing landspeeder. 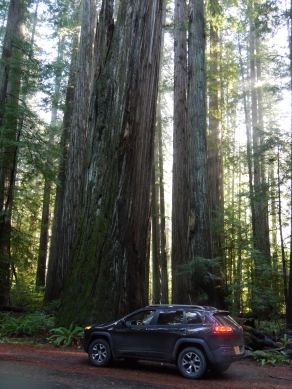 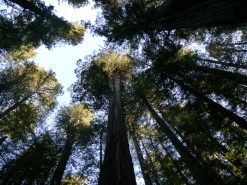 Day 59 saw us back in the car for another 400 miles through California to Yosemite and it was here that illness first struck our family.  Poor Alex woke in the early hours of our first night in the lodge to present us with his dinner the night before and about 36 hours later John joined the party.

Fortunately we had 4 nights booked at Yosemite so we took a day off for everyone to sleep and recuperate before enjoying some of the magnificent trails that the park has to offer.  I can only apologise to the staff at the lodge for the number of replacement sheets and blankets we got through. 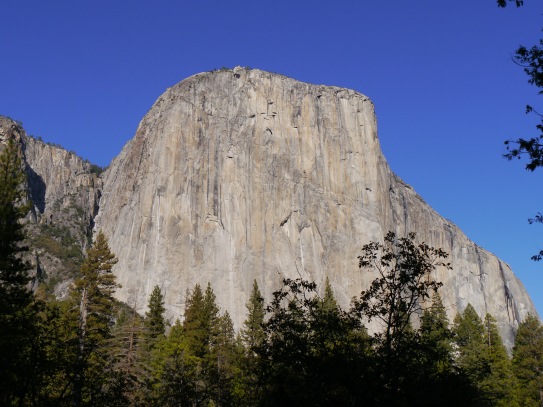 The big fella at night – can you see the climbers? 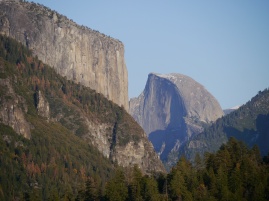 3 brothers in front of The Three Brothers 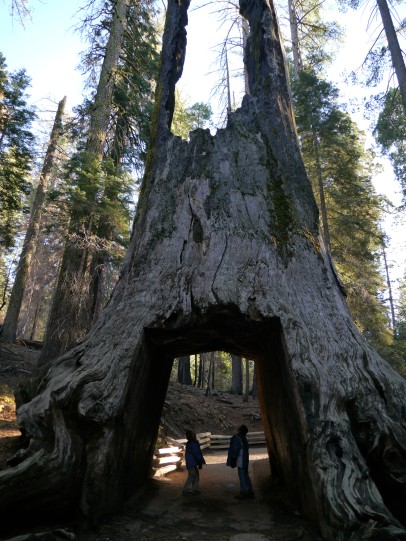