Time for another border crossing in a hire car which went almost as smoothly as the last one, if you ignore the fact that Nick chose to wear his New England Patriots cap and the border control officer was an ardent Seahawks fan. It could have got nasty but our bumbling British accents helped us pass off the faux pas as a bit of Boris-esque buffoonery.

150 miles later we arrived in the home of Starbucks, Bill and Melinda Gates and the Space Needle. We stayed in another Airbnb property whilst our hosts were at the international Airbnb convention in Paris. Little did any of us know that two days into our stay Paris would be rocked by the most horrific terrorist attack in its history.  Mercifully our hosts managed to communicate their safety and eventually made it home.

Before all of that though, we made our way to Pike Place market to wander around the stores – fish, soap, Turkish delight, chocolate, clothing, leather goods, jewellery, fruit, flowers, cheese, bakery and confectionery, all manner of curiosities…What a place!  At number 1912 you’ll find the original Starbucks, still wearing its 45 year old sign and store decor, a nod to its history that helps it stand apart from its 20,000 siblings. It’s easy to spot though – just look for the queue that will be winding out of the door and down the street. 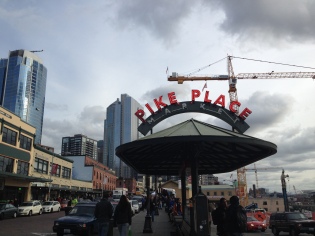 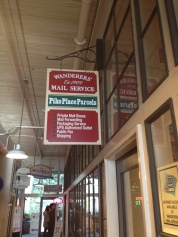 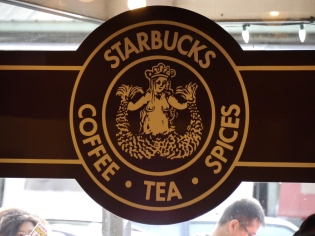 It seems as though there are Starbucks outlets on every block in Seattle and sometimes more than one. We explored the waterside, enjoyed a ride on the Great Wheel and found the Seahawks’ stadium, although as in every other US city we visited, there was no home game during our stay. 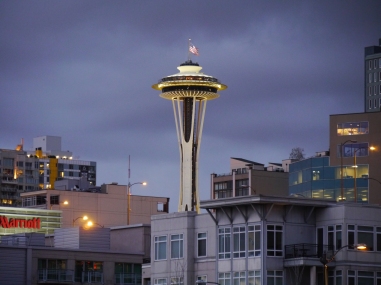 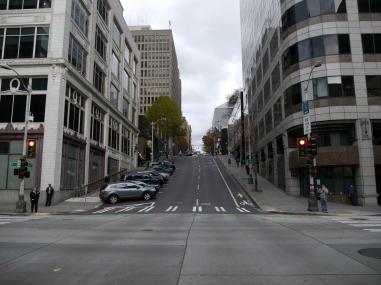 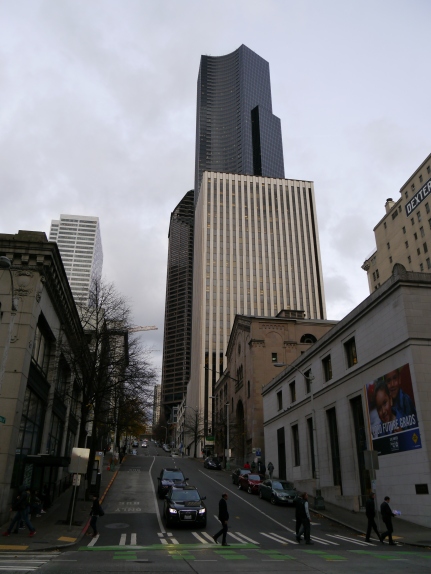 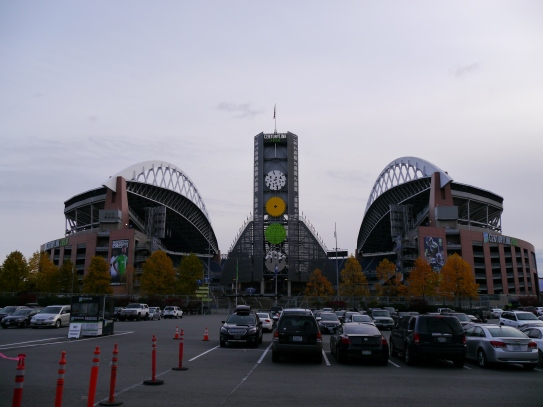 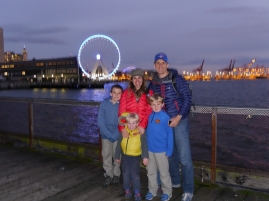 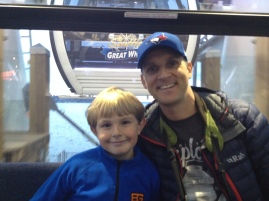 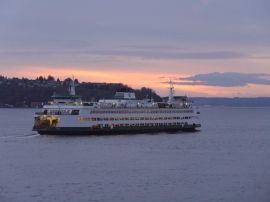 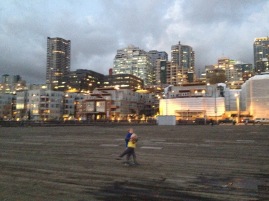 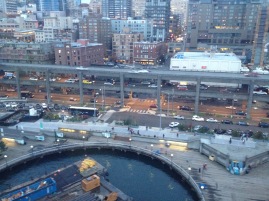 The following day Ted and I worked on our journals whilst Nick and the other boys spent the day at the Pacific Science Center. Explosions, helium balloons and some liquid nitrogen in the Physics of Bubbles live science show made for a fun filled day. 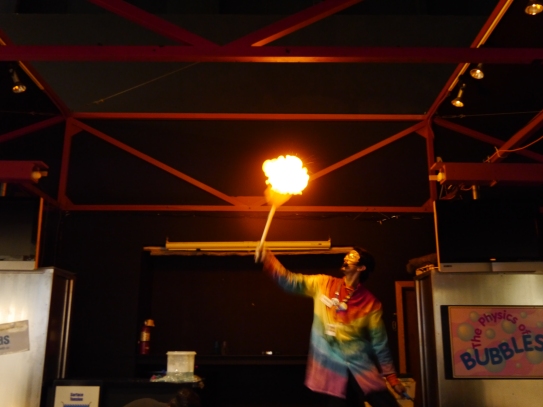 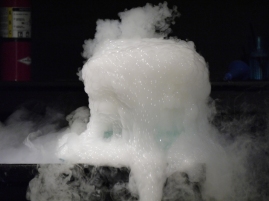 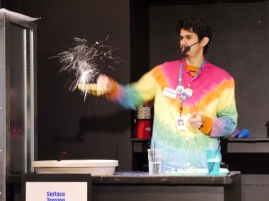 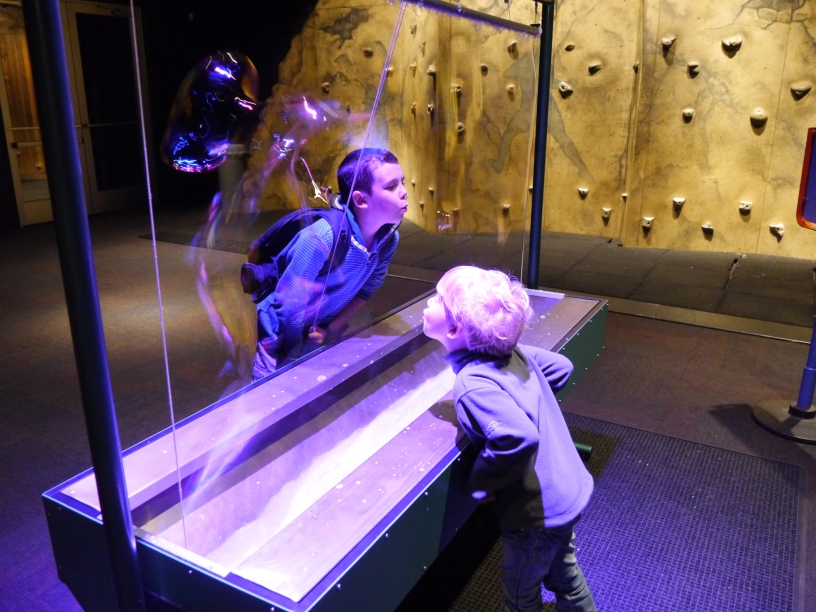 Our final day in Seattle started at the Bill and Melinda Gates Foundation Visitor Center which sets out how the foundation works to achieve its goals. Committed to the eradication of malaria and polio, as well as extreme poverty and hunger, the foundation works to improve the lives of millions of people. The boys took part in an inventor challenge, with Alex creating a teleporter – he has no problem thinking big! 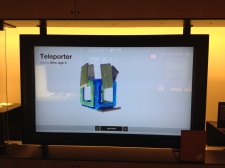 Later that day we stopped by IFLY Seattle. Wind speeds up to 160mph in the vertical wind tunnel create a genuine free fall experience without the need to actually jump out of a plane.  I don’t think Alex was paying attention during the training briefing because he attempted to swim rather than fly during his turn which makes for a wonderful comedy video.  I don’t know how the crew working there manage to do it – all that spinning around constantly is enough to make anyone vomit but the tunnel was surprisingly clear of stomach contents so I guess they must like it. 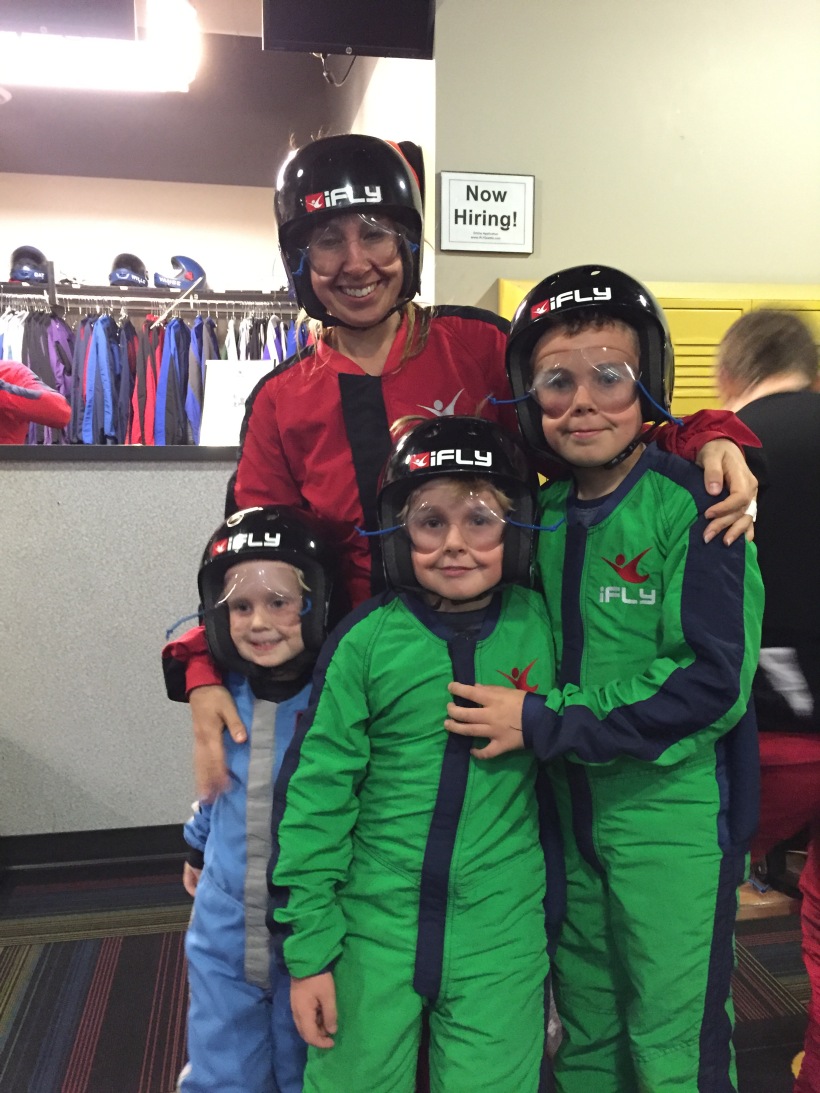